Tobias Reitz, lyricist, producer, book author and lecturer, will shed light on these and other topics in this new GEMA webinar. After a detailed introduction to the industry, there will be the opportunity to ask specific questions and contribute your own industry knowledge.

* This webinar is held in German. 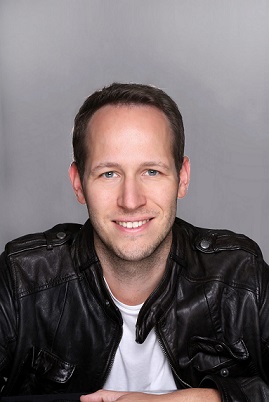 Tobias Reitz (born 1979) studied German and media studies and graduated from the Celle School in 2001, the only German master class for songwriters. Today he runs it together with Edith Jeske and teaches at the Popkurs Hamburg and the Nordkolleg Rendsburg, among others. With around 1200 song releases, he is one of Germany's most productive and successful lyricists. He also worked for Sony Music as a content editor and promoter, wrote television, press and stage lyrics as well as the Handbook for Songwriters (with Edith Jeske), is a founding member of the Düsseldorf improvisation theater Phönixallee, deputy president of the German Lyricists Association, a member of the supervisory board of GEMA, a member of the Academy of German Music Authors and a shareholder of the independent label Taxi28 Musik.